The bi is a circular ancient Chinese jade artifact. The earliest bi were produced in the Neolithic period by the Liangzhu culture (3400-2250 BC). Later examples date from the Shang, Zhou, and Han dynasties. They were also made in glass. 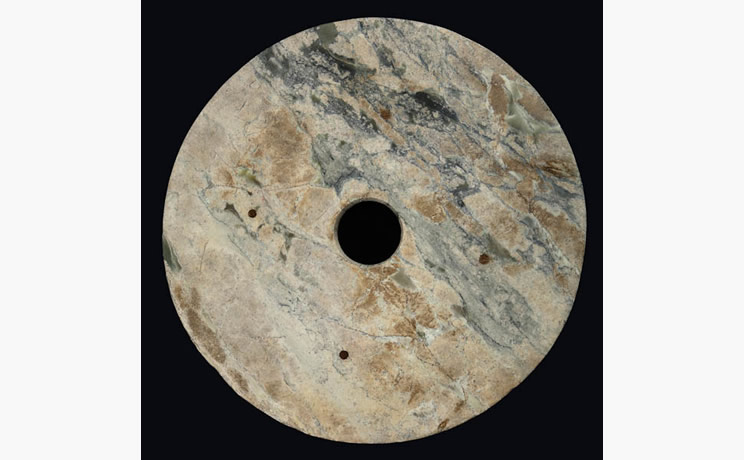